Adventures in Homesteading: The Predator Part 3

“Do you think she’ll believe us?” asked Pipsqueak.

“She has no reason not to,” replied Pudgy.

“I know, but we’ve never lied to her before. I feel bad that we are going to now,” said Pipsqueak.

“Yes, but we won’t really be lying…just leaving a few things out.”

“Ok, but you will have to do most of the talking. Gomer and I would just give it away…especially Gomer.”

“Yes, I will do all of the talking. You just have to nod your head and say ‘yes’ or ‘no’ once in awhile.”

When they got into the garage, they called for Lissa by scratching on the door.

Pudgy looked at Pipsqueak and Gomer as they waited for Lissa. “Ok, act like you are out of breath and terrified.”

“Oh it was terrible!” cried Pudgy, breathing heavily. “We were talking with the chickens when the coyote showed up. Oh the horror, the horror!”

Lissa looked slightly concerned, but thought that the dramatics were a little much.

“Yes,” replied Pudgy. “Then a dog came running, rescuing those poor, innocent birds, and us of course.”

“Not just any dog, a Great Pyrenees. A beautiful, shining white dog, fur as thick as–” 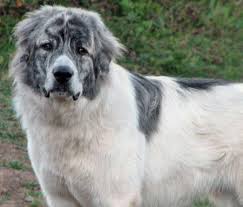 “I’m sorry Pudgy, but I can’t do it. It’s true, we did find out that the people on that farm had brought in a dog, a Great Pyrenees as Pudgy said. But, we didn’t see a coyote. There was no failed attack. We just saw the dog and confirmed with the chickens that it was protecting the livestock from the coyotes.”

Lissa looked at the three mice, wondering why they were exaggerating what they had seen and heard.

As if reading her mind, Pudgy said, “Alright. Yes, what Pipsqueak says is true. There was no attack. We did not see a coyote, just the beautiful dog. We just…just wanted you to think we had almost died trying to find out how to get rid of the coyotes so, so–“.

If mice could blush, Pudgy would have. Instead, he hung his head in shame and nodded.

“Well,” said Lissa, and after a slight pause, “Lasagna for dinner. Did you all want a salad?”

They looked at each other and then nodded, afraid to speak.

Lissa went back into the house to start dinner. As she pulled the ingredients out of the pantry she shook her head and smiled, thinking, “Silly mice.”