Yesterday Ray and I worked in the yard from 1 until dusk. We put clover down on a big chunk of the southern swale, planted vetch and Ray dug holes and planted tree after tree after tree. I took a walk about and found some new sprouts, new growth and a few surprises. 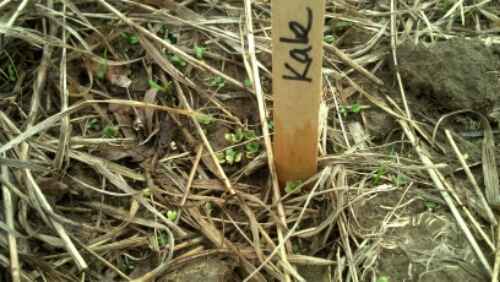 The cabbage plants, most of them at least, have all gotten bigger and look pretty hardy so far. 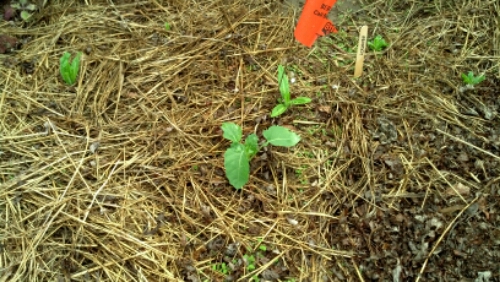 I planted some red potatoes in our tuber mound to the south of our woody beds. That mound now has red potatoes, rhubarb, yacon, mashua and jerusalem artichoke. Now if the mice would just leave it all alone. 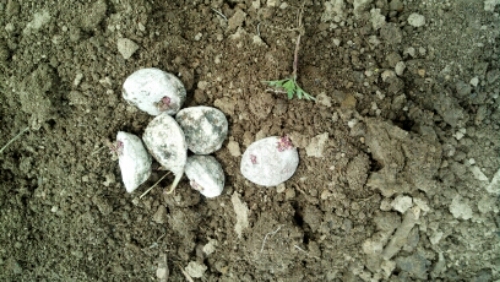 I made a pleasant discovery in one of our woody beds. A ton of lettuce went to seed last year…mainly because it was black seeded simpson and we all found it a bit too bitter for our taste. So what should I find in said woody bed? That’s right, lettuce is growing! I’m hoping if I mix it with the delicious butter crunch it will make a nice salad. 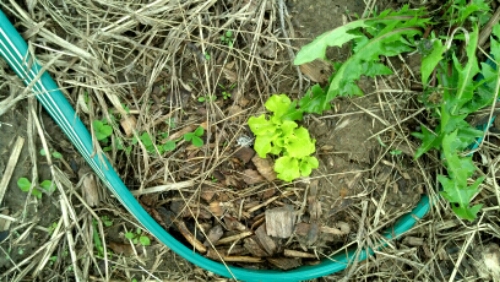 The new strawberries I planted are already growing!

Another pleasant surprise in the strawberry bed…the thyme I planted last year is coming back. Another herb that went to seed because we didn’t use it.

We used most of the lettuce and spinach in a salad and all of the cilantro but they are already coming back! 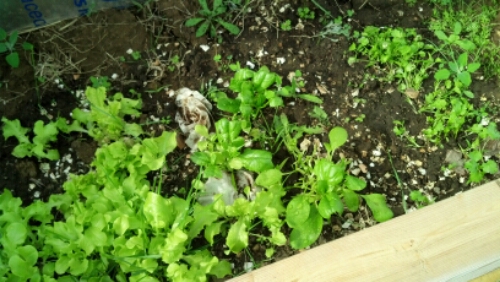 This is clover growing on the north slope of the northern swale. Apparently the wind blew it over the berm. I love how the wind put it in neat little rows.

The aronia is showing its berries. All three plants have berries on them whereas only one did last year. 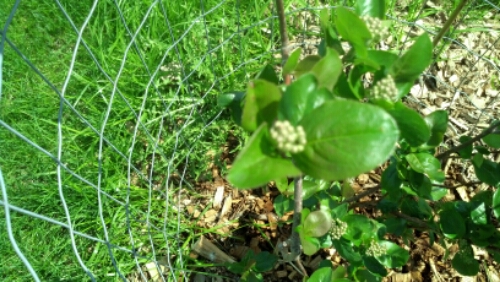 This is called sweet leaf plant or stevia and it arrived today. It would do well in the garden but we want to try to keep it year round so we potted it rather than plant it in the beds. The rest of the seaberry also arrived today and now the fedge is complete for the year. 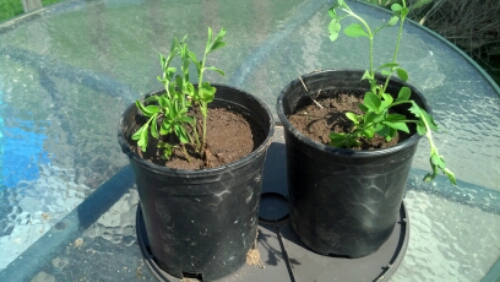 And here is the celery I started last week. As you can see, it is already sprouting in the middle!

Our goal this week is to get as much cover cropped as we can. It will be summer before we know it and we want to have maximum growing time for the clover and get that nitrogen set in the berms.

This entry was posted in Garden Stories, Preparedness, Writing. Bookmark the permalink.