“We’re going to have to check everyone for ticks,” Joe’s mom announced after giving Jake a bath.

“Yep, I found one on Jake’s head while I was cleaning him up in the tub.”

“What are they?” asked Joe. 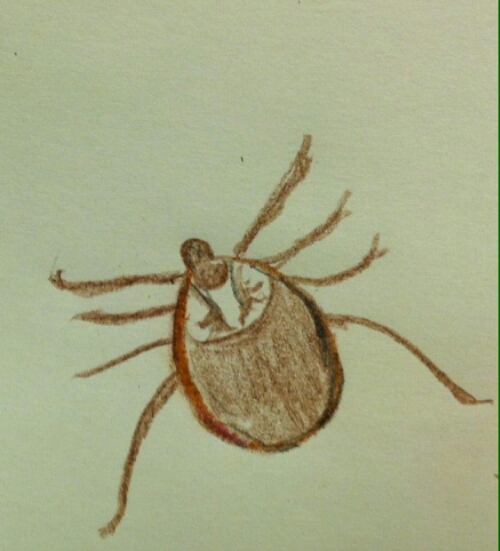 After his mom finished checking his head, Joe sat down to do some research.

The first thing he discovered is that ticks are not bugs. They’re arachnids, like spiders, and there are more than 900 different species across three families. They range in size from a tiny pin head to the size of a sesame seed.

The second thing he learned is that blood was their main food source and if they can’t find it, they die.

“So they are basically vampire spiders, cool!” Joe said out loud.

They can smell breath and body odors, feel heat, moisture and vibrations. That’s how they find their prey. They can’t fly or jump so they hold onto leaves and grass with their third and fourth pair of legs and wait for their victim to brush the grass so they can to climb on.

Once on, they search for a good feeding spot like behind the ear or on the head. Then they cut through the skin and start feeding. Not so cool. Kinda gross actually.

They are not really tree dwellers; they make their homes in bushes and tall grass. That explained the tick on Jake. They had been playing out in the pasture and Jake was a lot shorter than Joe. Plus, he fell down a lot so was brushing up against more grasses. 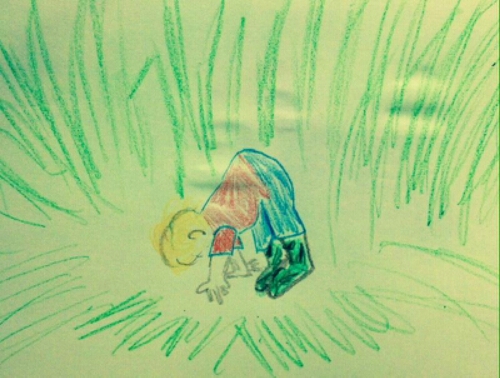 “How do you get rid of them?” Joe murmured.

He read on and found out that the best way is with a pair of tweezers. Squeeze the tweezers as close to the skin as possible and very steadily pull up being super careful not to leave anything behind so they don’t throw up nasty, infective fluids.

Wow. Joe no longer thought these nasty spider cousins were cool. He was really grossed out and worried about Jake. What if his mom didn’t know how to properly remove them?

After searching a bunch of sites, Joe found what he was looking for: how to eliminate them. There was the chalcid wasp which lays its eggs into ticks and the wasp babies kill the ticks when they are born.

Then there was the guineafowl. Just two of them can kill ticks over up to 2 acres a year.

His mom, coming up the stairs with a basket of laundry asked, “What did you find?”

“Well, for starters, they are not bugs.” Joe began.

“And what else did you find?”

“Oh just another reason why chickens are AWESOME!”

This entry was posted in Chickens!, Joe the Bug Hunter, Writing. Bookmark the permalink.