Joe loved broccoli. It was his favorite vegetable, second only to carrots. So when his mom cried out in frustration over the small holes in the leaves of the broccoli plants, Joe decided he needed to investigate the cause.

Not sure if it was an insect doing all of the damage, Joe decided to first observe the area around the broccoli before arming himself with his bug gun.

After a few days of observation, Joe was frustrated too. He couldn’t understand why, every morning there were more holes in the leaves. He observed off and on all the previous days, but didn’t see a thing.

On closer inspection of the underside of the leaves, he suddenly saw it…a tiny green wormlike creature, perfectly camouflaged on the spine of the leaves.

“Aha!” he shouted, turning to his mom who was weeding at the other end of the garden.

She jumped up and ran over to her son. “Did you find it?”

Joe pointed to the spot where the perfectly camouflaged wormy thing was.

“Cabbage looper. There’s not much we can do to stop them now. I’m afraid all we can do is pick them off every morning and hope they don’t turn into the butterflies.”

“What do the butterflies do?” asked Joe.

Joe stared at his mom in horror. They would destroy the broccoli.

“How do we get rid of them?” he asked, straightening his spine, ready for the challenge and determined to succeed.

“Well, picking and squishing is the only way I know to get rid of them.” his mom said thoughtfully, turning to look at Joe. “Maybe you can look into other methods.”

Determined to succeed, Joe marched into the house to do some research on his Kindle.

After reading several websites, Joe felt discouraged. The only real way to stop the looper, would have been to prevent them from laying their eggs in the first place. 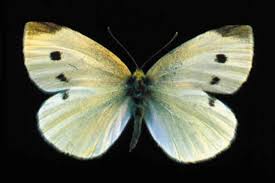 They should have covered their plants with row covers in the spring. This would have prevented the moths from laying their eggs in the first place. Now all they could really do was to hand pick the larvae every morning. This would be difficult because they were so well camouflaged.

One site referenced attracting beneficial insects through companion planting. Marigolds, calendula, sunflower, daisy, alyssum or dill would have done the trick. Joe looked out the window at the kitchen garden. He knew his mom had planted dill, he could see it throughout the garden. He wondered if it was too far from the broccoli to do any good.

Another site said that spraying with Bt (bacillus thuringiensis) could work as well. Some vegetable gardeners consider Bt an organic product because it is naturally occurring and found on leaf surfaces and in the gut of some caterpillars.

While Bt is naturally occurring, Joe wasn’t sure if modifying plants in a laboratory was safe or even right.

Corn and soy had been modified to resist Roundup by creating seed that soaked up the pesticide through the roots. The label on Roundup warned against ingesting the toxic chemical, yet it could be in food?

Not a lot of research had been done on the effect on people and those on each side of the argument, but the label on the pesticide clearly warned against ingesting it. He just didn’t understand how that was responsible. He made a note to do more research on the controversy.

Sighing, Joe trudged out to the garden and started picking these horrible caterpillars off his delicious broccoli, hoping no butterflies had hatched and resolving to talk to his mom about preventing them in future seasons through better companion planting and row covers. 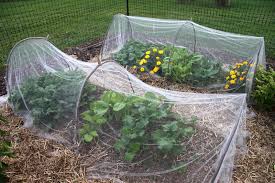 This entry was posted in Garden Stories, Joe the Bug Hunter, Writing. Bookmark the permalink.

One response to “Joe the Bug Hunter: Camouflage and Controversy”