As the 2014 summer gardening season heads into harvest, I’ve been thinking back over all our goals and plans. We’ve had triumphs and we’ve had sorrows, but overall, we’ve had a pretty good season.

Triumphs
Without a doubt our swales have been an enormous success. Adding these two ditches to our property has done wonders for our water retention. And, I think, they’ve really added beauty to the landscape. 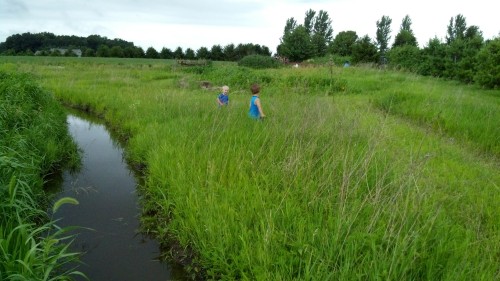 The chickens, even though we’ve lost two, have also been a megahit on the homestead. Right now, I have 2.5 dozen eggs in the fridge collected in just under 5 days. And they don’t just provide food and entertainment, they are also awesome squash bug assassins. 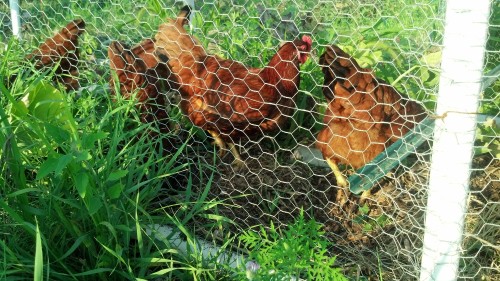 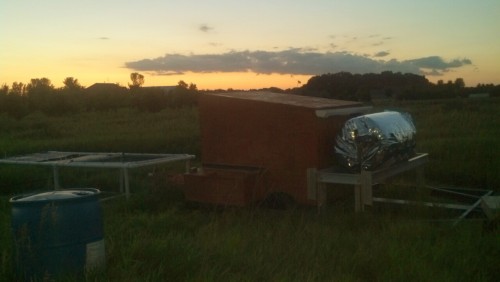 Planning out the gardens and using polyculture principles was a big score. The borage attracted the bees needed to pollinate our veggies with the added benefit of distracting Japanese beetles with its beautiful purple flowers. 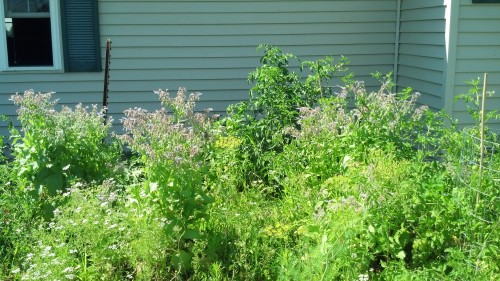 The dill helped delay the attack of squash bugs on our volunteer spay-corn and pumpkins. I also used it as a barrier on my kitchen garden to repel the dreaded tomato hornworm. And so far, we haven’t found any hornworms in our kitchen garden!

Our grapes and kiwi have grown and are doing well now that we have stretched them out over some wire.

The hops planted last year are flowering and growing quickly, and all of the hops we planted this year have broken ground. Next year, we should have a bumper crop.

Compared to last year, we’ve had some crazy bean success. We planted the purple pole bean, a green variety and bush beans. The bush beans have beat out the pole beans by far, so for the fall garden, I planted only bush beans. 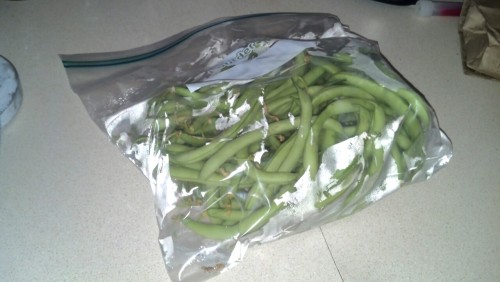 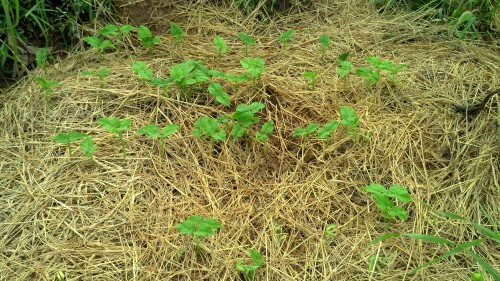 The roses and strawberries exploded. Even the Japanese beatles had no chance against these monster shrubs.

And finally, our cats – Boots and Echo – have terminated the mice problem in our garage and they are working on the rest of the property now.

Sorrows
Even though we had a great pumpkin and spay-corn crop this year, we still lost almost all of the zucchini, acorn, summer, pattypan and pumpkins that I planted to the squash bugs. The chickens are now feasting among the wreckage.

The broccoli, cabbage and cauliflower we planted succombed to the dreaded cabbage looper. We ended up pulling out all of the plants and feeding them to the chickens, so it wasn’t a complete waste. We have a second chance with the fall crop.

We had some other, minor fails. Plants that never really took off like peppers and brussel sprouts. Herbs that didn’t make it like rosemary and basil. But overall, we’ve had a great season so far.

Next up: Canning tomatoes.

This entry was posted in Garden Stories, Permaculture, Preparedness, Writing. Bookmark the permalink.

3 responses to “Looking Back”