Today, I noticed that the Jerusalem artichokes were almost lying on the ground. One was even pulling out by the root, so I decided it was time to start harvesting.

I thought I’d just go out with my spade and pop them right out of the ground. Not so. The root of one plant sends out little lines as far as a foot from the base of the plant making it hard to just dig around the base of the main plant. You run the risk of damaging precious pieces of artichoke if you aren’t too careful.

I only had time to harvest one plant today. It took about 20 minutes of digging and raking the soil until finally, in a fit of frustration, I pulled the entire plant out by the root…and I fell over from the effort. Joe was concerned and Jake tried to tackle me. 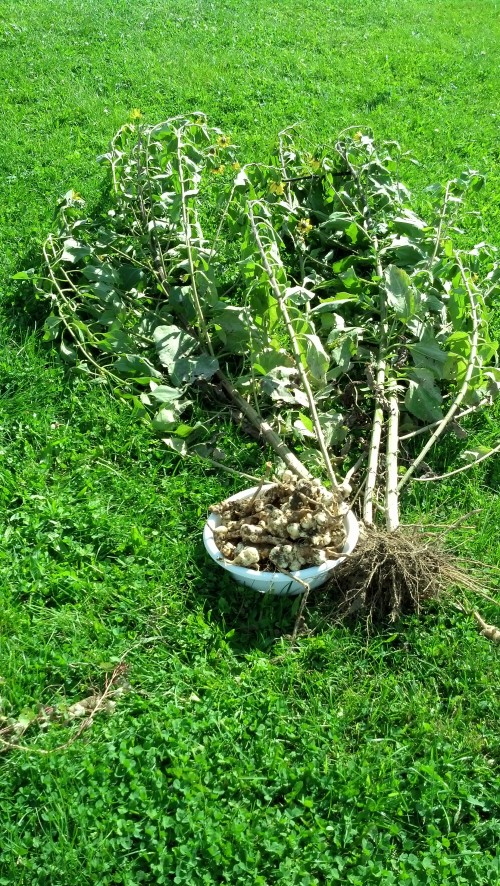 I ended up with a big bowl of artichokes. This is from only one plant and we have at least ten more to pull.

I plan to roast them in a little garlic and olive oil tonight for dinner.

The chickens will get the scraps. 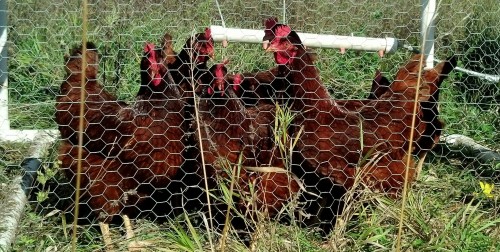 This entry was posted in Chickens!, Food, Garden Stories. Bookmark the permalink.