After a few sips of my morning coffee, I looked outside. I smiled at the flurry of powder falling lightly to the ground. The boys have been waiting for it to snow. They want to build a snowman, have a snowball fight…make a snow angel.

So we went outside…it was not too cold but we bundled up with hats gloves and bulky winter coats. The boys ran around trying to make snowballs and eating snow…looking up with mouths open.

Since there was not yet enough snow to build a snowman, we made snow faces on the trees instead. 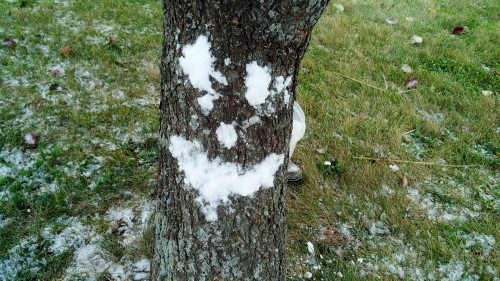 The boys thought that was pretty cool.

The chickens enjoyed the scraps we gave them from last night’s dinner and the scratch we threw in for them to fight over. They have already given us two eggs this morning. 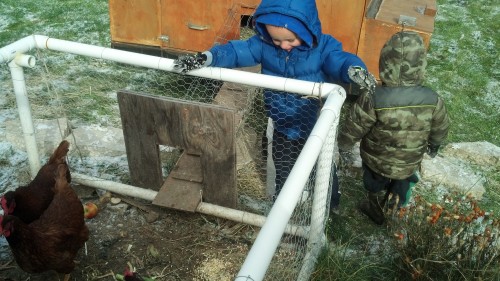 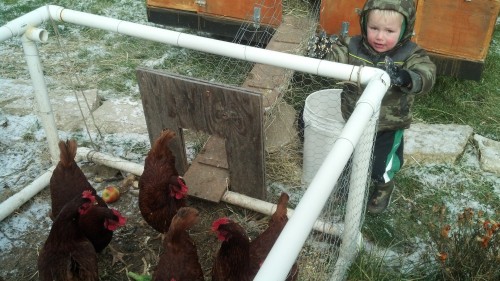 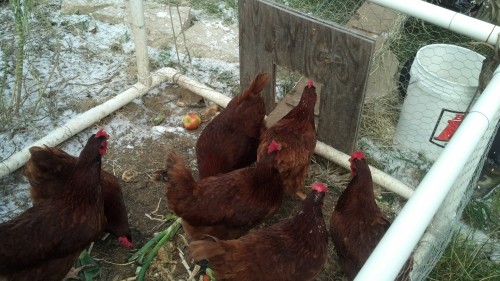 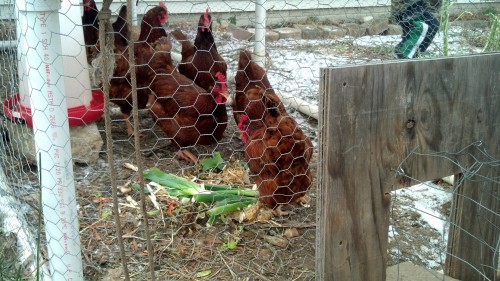 Echo and Boots spazzed out and ran around jumping and pouncing on anything that moved, including snowflakes. Echo, after careful consideration, even took a ride down the slide. It was hilarious!

It started to get cold and the wind started to blow so we went inside for carrots. I asked the boys if they would rather have hot chocolate…they just wanted carrots.

My kiddos, almost frozen
But laughing with delight
They want to build a snowman
If it snows more, we might

This entry was posted in Chickens!, Life, Writing. Bookmark the permalink.