Last week I started the first round of tomatoes, and the second round of peppers.

Two flats of everything from plain ol’ beefsteak to Mr. Stripey.

I’m happy to report that some seeds have transformed into seedlings, popping up through the soil.

We have some tomatoes… 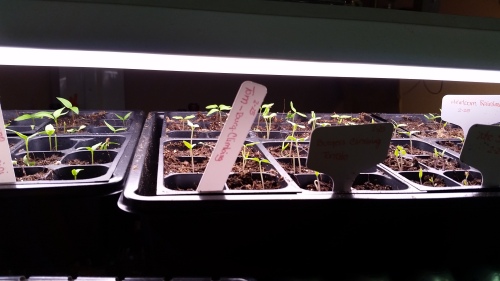 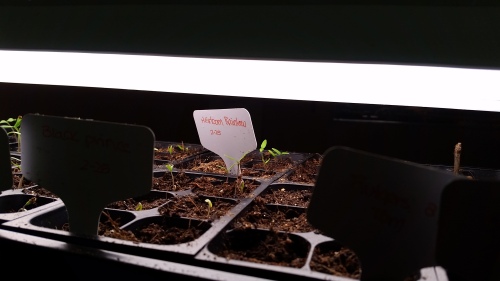 …and a few first round peppers peeping. 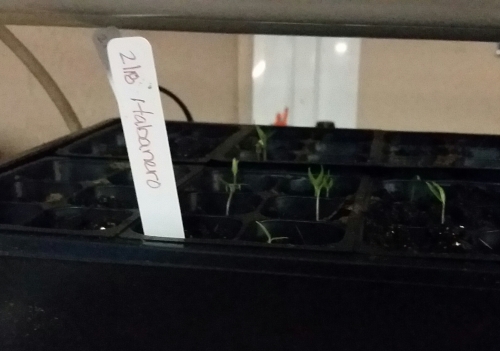 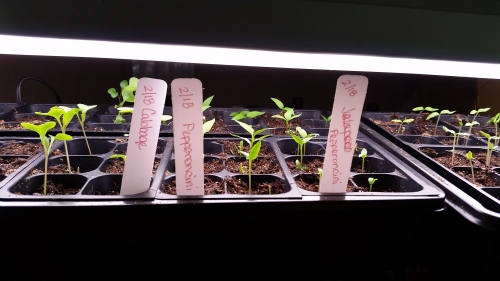 The first round cabbage were the first seedlings to emerge, followed closely by the pepperoncinis. I’m hoping that this year will be the year for peppers. The past two years have been very disappointing in the pepper department.

Happy little seedlings
All planted in a row
Green and spindly, fragile
But stronger as they grow

Later this week I’ll be kicking off round two of the tomatoes, some basil and a half flat of broccoli.

This entry was posted in Food, Garden Stories, Permaculture, Writing. Bookmark the permalink.