Mabel, The Bully had successfully cornered the Ruffled Feather Trio and the Scabby Gal duo.

They cowered in fear and thirst at the back corner of the playpen while Mabel paced back and forth, guarding the water.

The Nine Blondes were jumbled together on the ramp. Each time a brave bird tried to cautiously step out into the pen, Mabel darted toward it with her sharp beak.

Feathers would fly as the Blondes scrambled to get back into the coop.

As Mabel continued her pacing, one hen from the Trio met the beady eye of the leader of the Blondes in silent communication.

She nodded her head slightly, as if agreeing to a secret plan. 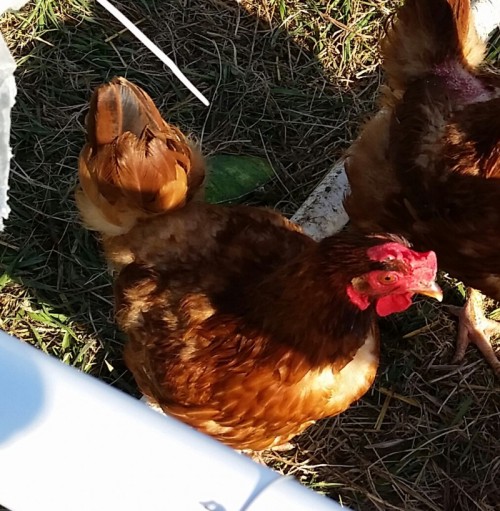 After a series of clucks, 5 hens spread out across the back of the playpen, ready to charge Mabel.

Quietly squawking, the Blondes lined up on the ramp, ready to dart out with speed and precision.

All beaks were ready and sharp. All hens nervous and all pullets determined.

In unison, all 14 birds charged Mabel.

It was a brutal battle. Feathers flew everywhere. The cluck of hens could be heard for miles.

When it was over, 9 weary Blondes huddled in a laying box trying to still their fast beating hearts.

Five terrified hens crouched at the back corner of the pen, looking even more bedraggled and raw than before the skirmish.

And Mabel, looking just as pristine as before the battle, clucked with satisfaction and continued to pace. 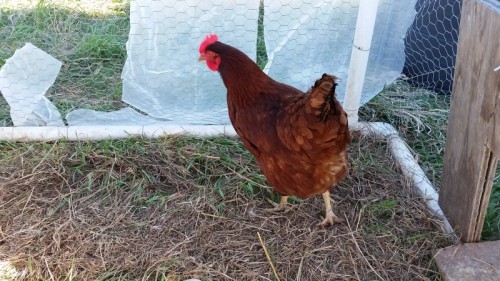 This entry was posted in A to Z Blog Challenge, Chickens!, The Chicken Wars, Writing. Bookmark the permalink.