It was the first day of training and Joe and Jake were outside on the back deck. Joe was explaining some of the finer points of hunting for bugs.

“Before we get started on our first mission, I’m going to take you on a bug scavenger hunt so you can learn to identify the usual suspects.”

“I’ve made this chart with a picture, the name and a column to tally how many we find.”

Joe smirked. He was just making sure his new apprentice was paying attention. 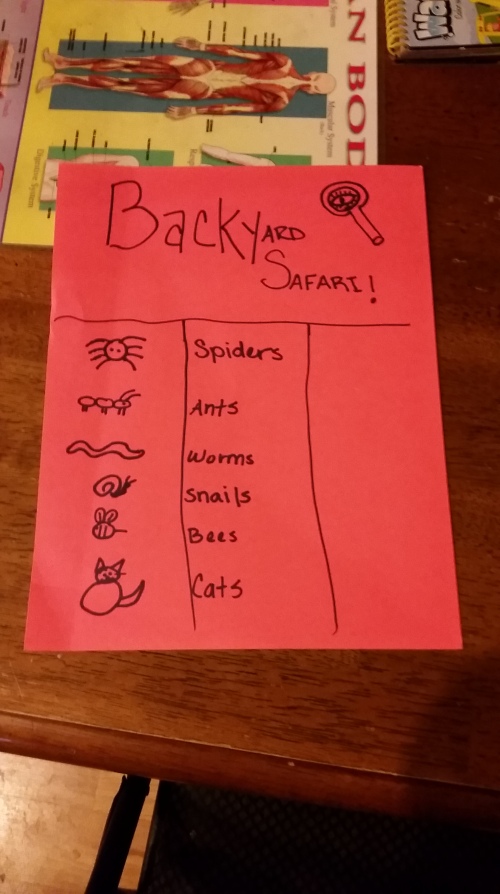 “Good catch little buddy. Now let me show you the tools of the trade.”

“This is my upgrade, you’ll be using my original model until you graduate to an official Bug Hunter.”

“And this is my new bug house.”

Jake looked in wonder at the tiny playground. There was a slide, a pool, a tunnel, stairs and a little lookout. It was the coolest tiny playground he’d ever seen. 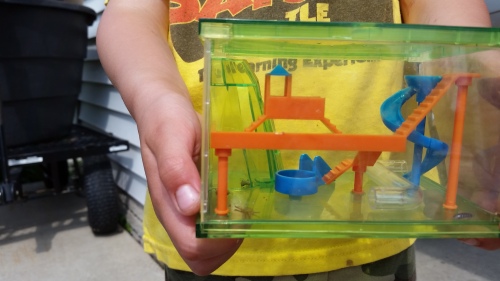 “You can use my old one. Don’t worry, it’s still in great shape.”

They started in the kitchen garden, pulling up rocks to look for worms, ants and stinkbugs.

“I found a worm!” Jake squealed.

“Good job!” Joe said quietly. “Remember, we have to be quiet and stealthy when hunting or we’ll scare the bugs away. No swift movements and no shouting.”

After a thorough search of the kitchen garden, the brothers had found 2 stink bugs, 2 worms and a dead cricket.

They checked them off and headed around front to continue their hunt. Here Jake found another stink bug and a bee—which they did not attempt to capture.

They continued to hunt for awhile, both getting hot and dusty as the sun rose higher in the sky.

As he checked ants off on the list, Joe decided to call it a day.

Jake would have continued, but his stomach was growling. He was ready for a snack and a tall glass of water.

“I can’t wait for tomorrow!” he said.

Joe smiled down at his little apprentice.

“Me neither. Maybe I’ll let you try out my bug gun tomorrow.”

Jake’s eyes grew wide as he looked up at Joe.

This entry was posted in Garden Stories, Joe the Bug Hunter, Writing. Bookmark the permalink.