The Truce, apparently, has ended.

Gone are the days of peaceful co-existence among the old and new hens. Fights are breaking out in the pen, in the yard and in the coop.

Squawking hens can be heard all day, disturbing the peace and scaring the frogs into silence.

The cats don’t even go near the coop anymore. It’s that bad.

Of course, they don’t do much fighting in front of us. When we go out to feed them some scraps or collect eggs, they act like nothing is wrong.

But I can see the missing feathers.

I thought they had come to a peaceful coexistence. There were no outward signs of discontent. In fact, they seemed to be working together to tear down the vegetation when we moved them and to seek out the bugs and grubs. 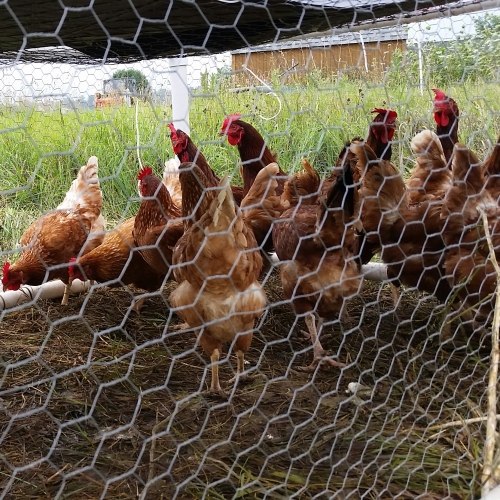 After researching on a few of my favorite chicken blogs, I have come to the conclusion that it is one of two reasons: turf wars or boredom.

Now that all hens are full-grown, there may not be enough room for the Nine Blondes, the Scabby Gal Duo, the Ruffled Feather Trio and the Bully in the coop.

It’s enough to start a war. 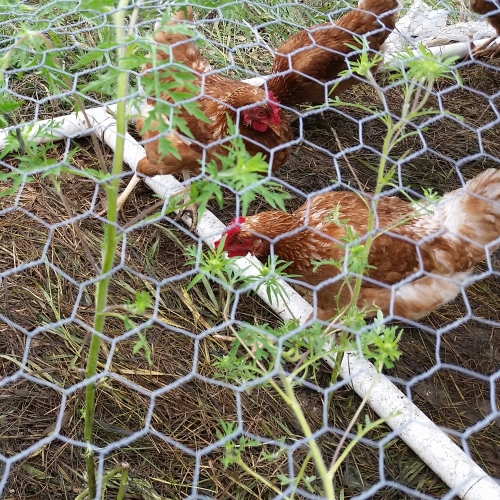 I’m pretty sure this is why new battles have broken out. We’ve put measures in place to build another 8×8 pen that we will somehow attach to the current system–a new peace treaty in the works.

But, in the meantime, I’m blu-koting the girls with open sores and providing some extra stimulus: a honey-coated paper towel roll dipped in their feed, a bell and a ping-pong ball.

All three ‘toys’ are in the playpen, enticing the girls to play.

This entry was posted in Chickens!, The Chicken Wars, Writing. Bookmark the permalink.