The cats were angry.

They’d been ousted from their warm home.

They’d had been humiliated.

However, Boots and Echo weren’t ones to take this type of abuse without a fight. Lissa was in for a surprise.

“Finally, the stench is gone,” said Boots as she angrily cleaned her face.

Echo just grumbled. Since she was in front when they encountered the foul beast, she had received the worst of the disgusting spray.

Then, they’d been locked out of the garage and not allowed back in until the stinky skunk smell had been removed. When Lissa finally let them back in, they were rigid with silent fury.

“I guess you’ll cooperate from now on,” Lissa had said with a smug smile.

Cooperate? Boots arched her back, preparing to pounce and hiss, but Echo swiftly intervened and, seeming remorseful, apologized.

“Oh yes. We are terribly sorry for not attending to the skunk problem.”

Taking Echo’s lead, Boots added, “And we’ve taken care of the skunk problem as proof of our remorse.”

“It’s the least we could do after our abominable behavior.”

Lissa, a little wary of their meek apology, shrugged, thanked them and headed back to the house.

“I expect full cooperation from now on.”

The two felines purred in agreement.

As soon as the door shut, the two immediately narrowed their eyes, an outraged purr rumbling from their chest.

Once outside, Boots led Echo toward the chicken coop.

“Uh, Boots…what do you have planned?”

With a sly smile, Boots turned to Echo.

Echo looked beyond Boots to the hens milling around and pecking the ground inside their playpen.

Her pupils dilated as she squinted at the birds, realization dawning slowly.

“The hens are off limits.”

With a flick of her tail, Boots stretched and turned back toward the pen.

“Correction. The hens were off limits.” 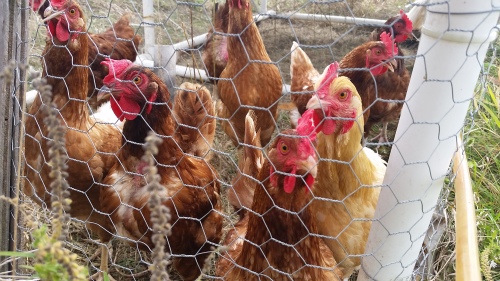