I still can’t believe you got stuck in a foam house last night! I was still laughing so hard on my flight back that I flew off course and nearly ran into Sparkle.

The poor girl was covered in blue jello because the kids at her house set trap to catch her. She gave them a scold and flew off in a huff to tell Santa about their bad behavior and to request a transfer.

I want to make sure the boys don’t try anything like that so I went all out on tonight’s gag.

All the presents were already in the living room so I started playing!

I piled up nerf guns and a bunch of darts I found all over the house in the middle of the living room floor. Then, I set up a shooting range. 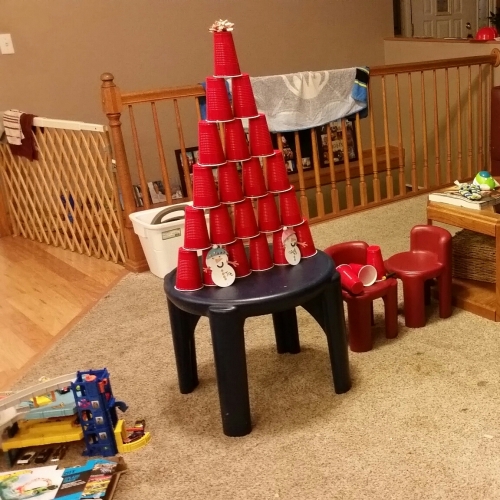 I put the Hotwheels garage together and took a few slides down the ramps. The Joker challenged me to a game of Gone Fishin’ but I wanted to finish setting up so he played with Santa instead.

He was on his best behavior. 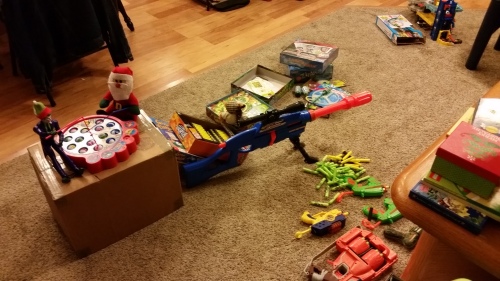 I’m so excited to see their faces! They’ll be having so much fun they probably won’t even want to eat breakfast and get ready for church!

Hope you had fun at your party!
I saw how cool you were sharing and playing with your friends and that went in my report to Santa.
I had fun checking out all of the cool toys and games you got!
VROOM! 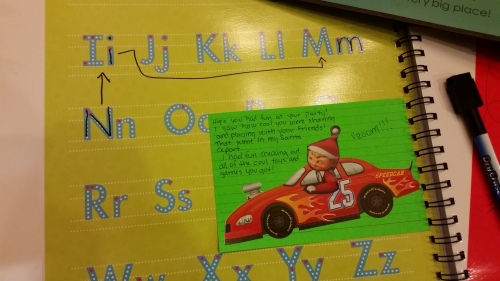 I hope their mom appreciates the surprise too. She always seems a little stressed in the mornings. 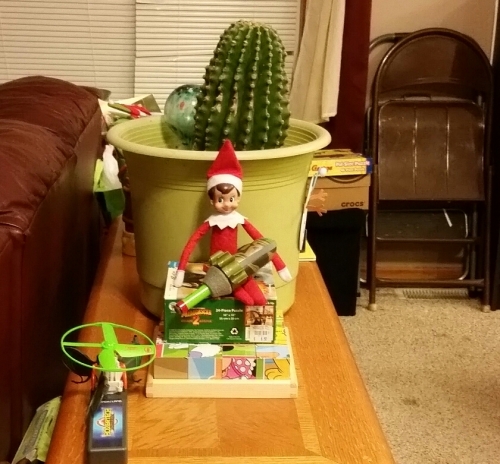