“Why did you want me to meet you here?” Lil whispered from the front seat of the van.

“Because everyone is still up. I had to sneak out while they were in the basement so I could give my report to Santa.”

“I’m not sure,” Nim said a little too innocently.

Lil looked closely at his face. She could see him fidgeting and she knew that he was leaving something out. She let the silence drag out until he finally exploded. 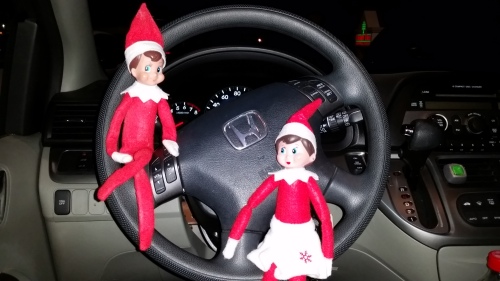 “ALL RIGHT! I confess! After you left last night I put a bag of Cheezy Puff Curls in the boys’ room.”

Lil waited for Nim to continue.

“FINE! I put two bags in with them with a note.”

“And what did the note say?”

After a moment of shocked silence, Lil burst into peals of laughter.

“I’m afraid so. Now, their mom has vowed to stay awake so she can ‘catch me in the act’.”

“Is she really that mad?”

“Well, after she finished cleaning the sheets, I think her exact words were ‘He’ll never work in this house again!'”

“Yes it is!” Lil retorted, making a face back at him. 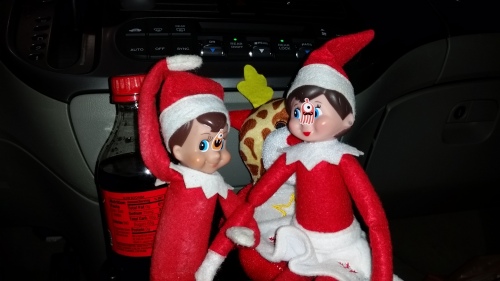 Soon, Lil and Nim were whizzing around the van seeing who could make the funniest face. They were both having so much fun that Nim no longer worried about what would happen if he ever came face to face with the boys’ mom. 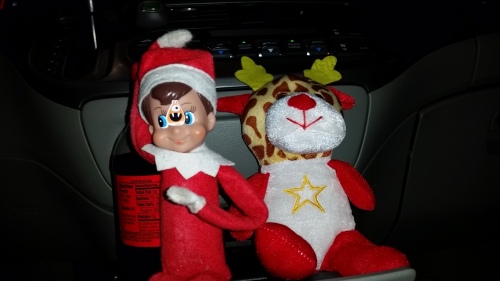 As soon as the light in the kitchen went out and the house was quiet, Lil and Nim tip-toed inside.

Lil looked at the clock and gasped.

“OH NO! I don’t have time to get back to the girls! Oh Santa is not going to be happy about this. Now who will watch their behavior?”

Nim felt bad. Lil would have left long ago if it weren’t for him. He couldn’t think of anything to say that would make her feel any better.

“I know!” Nim suddenly burst out. “We can draw funny faces on everything!”

He flew to the framed picture of the boys and drew a mustache. He flitted to the sugar bowl and drew a silly face. 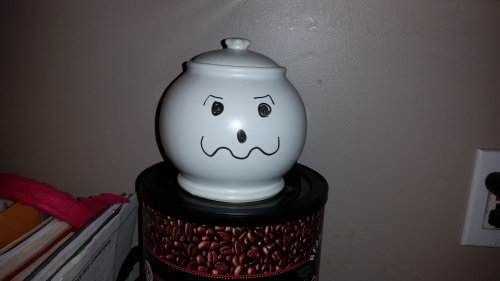 Soon, Lil had joined him, forgetting to be upset about not making it back. 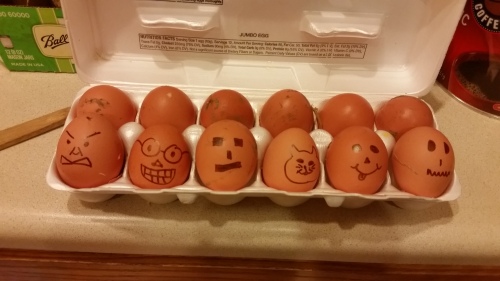 “Yes, and maybe once the boys get up they’ll be so excited to see me that they’ll want to tell the girls right away!”

“Let’s get settled here on the eggs so we can see their faces when they find us.” 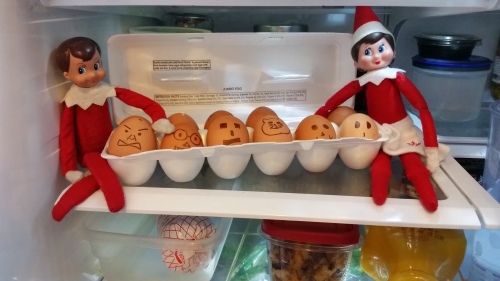 “How will they know to look in the fridge? We are usually out and easy to see.”

“Oh don’t worry about that, Lil. Leonard’s got us covered.” 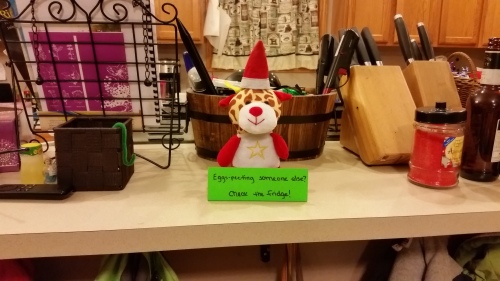