Nim and Glitter stared at each other over a cup of hot chocolate.

“Oh come on Glitter! Didn’t you enjoy tricking me last night? Didn’t it make you feel great to be a little silly?” 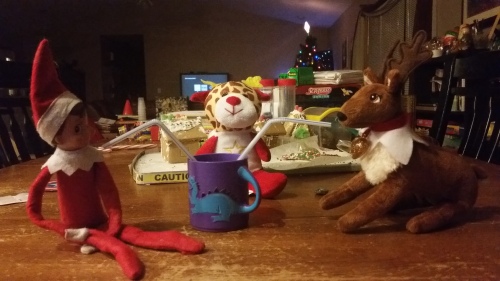 “Well, yes. It was fun building that box and capturing you.”

“Exactly! We won’t even be making a mess tonight. We’ll just be dressing up in costumes and playing. It will be fun!”

Nim held out the costume he’d made for Glitter and her eyes lit up. It was her favorite superhero–Captain America. Such a good, noble superhero who follows the rules. 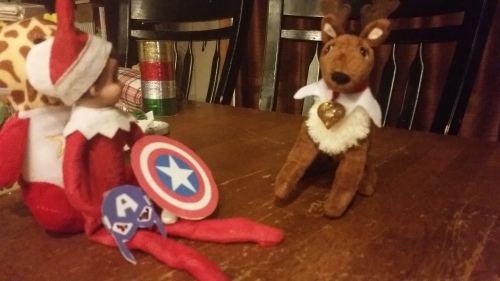 Nim put on his costume and Glitter sighed.

“Of course you would be Iron Man.” 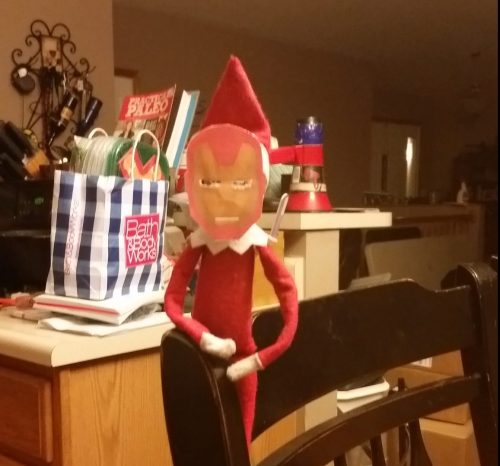 Nim grinned at her mischievously.

Nim helped Glitter with her costume.

“Who is the other mask for?” asked Glitter, noticing the small Spiderman mask.

“Who is Leonard?” Glitter asked while looking around the room. “Another elf?”

Glitter straightened her spine and huffed.

“Well…he’s not really a reindeer.”

Nim pulled an odd stuffed animal from behind his back. It had the head of a giraffe, the antlers of a reindeer and a red body. It was a strange sight.

“The boys named him Leonard. He’s not real like you. I call him a Rein-raffe…or maybe he’s a Raffedeer,” he chuckled as he attached the Spiderman mask to Leonard and set him in the branches of the Christmas tree. 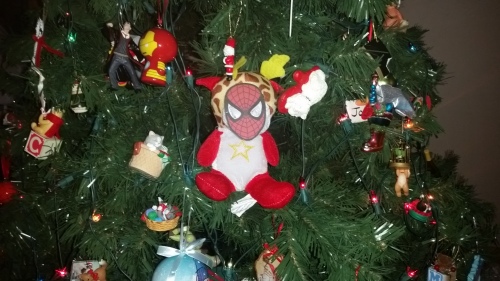 Glitter was not used to playing and so wasn’t really sure what to do.

“Throw your shield at me! Jump through the air! PLAY!!”

Slowly, Glitter started to play. The more she played, the more she smiled. Soon, she was laughing and throwing her shield at Nim, the tree and Leonard.

“Glitter, watch out for the–uh oh.”

Glitter stopped suddenly and looked in horror as the Santa nesting dolls toppled to the floor, rolling everywhere. 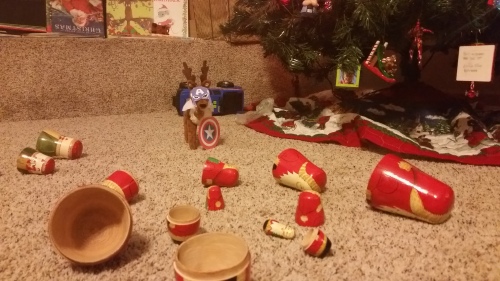 Nim landed with a thud next to her and surveyed the mess.

“It’s ok Glitter. I can help you pick it up. At least none of them are broken.”

But there was no time. Sounds of waking came from the bedrooms and they had to get into their places. Glitter was close to tears. She needed a hug. 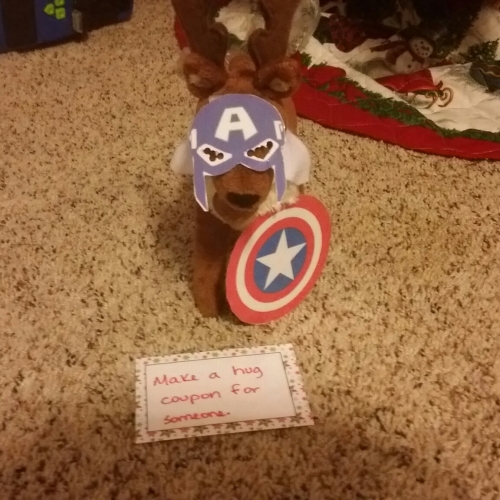 “Don’t worry. It’s your first mess. Santa won’t be mad. Lil and I have made much bigger messes when we were partners. You should have seen the time we got every pair of shoes in the house and lined them up like a train...boy were the parents mad!”

Feeling forlorn and worried about what Santa would think, Glitter looked up at Nim. 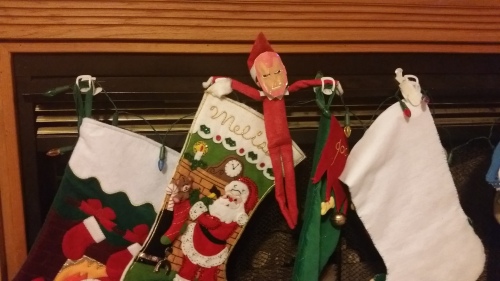 “Cheer up! The boys will have fun putting them back together!”

Somehow, that thought did not make Glitter feel better. Some superhero she turned out to be.

Because of all of the wrapping!

One response to “Mischief Makers: The Superheroes”