“It snowed!” squealed Nim as he twirled around the room.

Glitter watched him with a smile, glad that all had gone well at the North Pole meeting with Santa and all of the other reindeer.

“I told you you wouldn’t get in trouble Glitter. None of the nesting dolls were even broken.”

“Yes, but the mess! I am just lucky that I wasn’t reported.”

“No Nim. From now on I am sticking to the rules.”

Nim slowly shook his head and gazed out the window at the fat, fluffy flakes falling lightly from the dark sky.  There must be something he could do to get Glitter to play again. 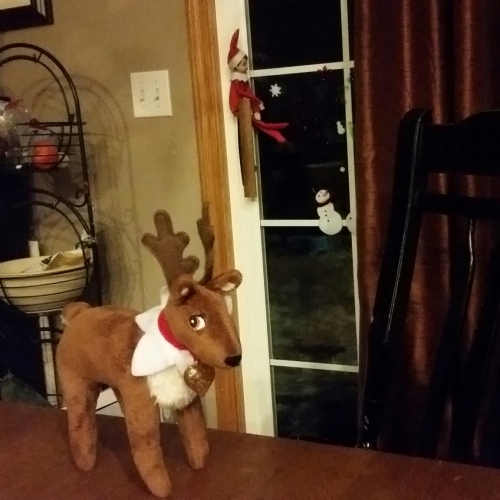 “I’m glad we got back here before the snow got too thick,” said Glitter. “It looks like it will be snowing all night.”

“That sounds like fun,” said Glitter. “A cute little snowman out of marshmallows.”

“No, no. Not a snowman…a whole army of snowmen!” Nim said as he soared away.

Glitter looked after Nim in some alarm. He couldn’t be serious. Could he?

A crash and an oomph! came from the kitchen. Glitter rushed over to find Nim on the floor, a bag of marshmallows covering all but his hat and feet and toothpicks everywhere. 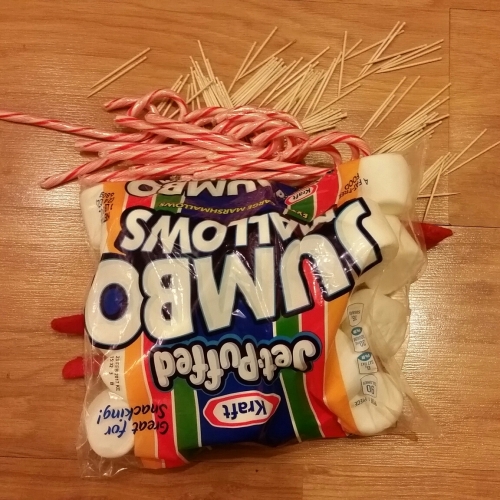 “Thank you Glitter!” Nim said after she pulled the bag of marshmallows off of him. “Can you get the toothpicks?”

“And don’t forget the icing!”

“The icing? Nim, what do we need the icing for?”

But he was already out of the room. She slowly gathered up the toothpicks and a the icing tubes and followed his trail. When she caught up to Nim, she stopped.

The toothpicks she’d been carrying scattered across the table.

Nim was twirling and spinning above the table. Every few minutes, he’d dive into a white canister and come up with a cloud of flour that fell slowly to the table, covering dozens of marshmallow snowmen.

“Wh-what are you d-doing Nim?” asked a horrified Glitter. 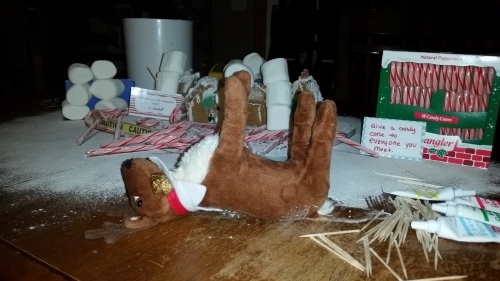 What do you call a snowman party? 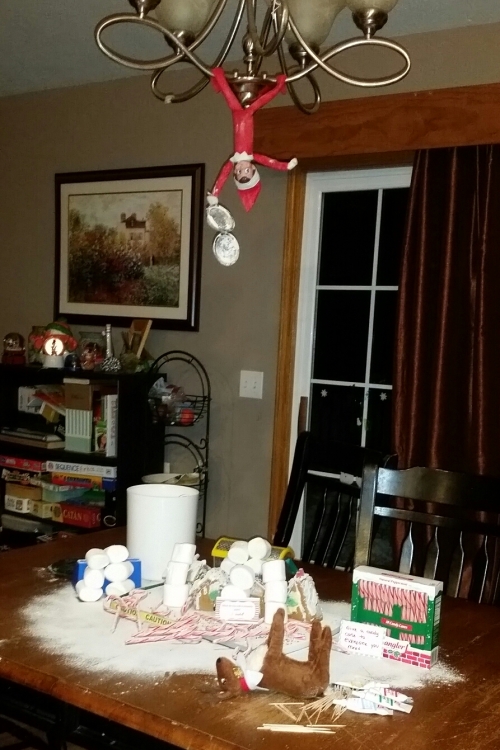 2 responses to “Mischief Makers: The Snowmen”