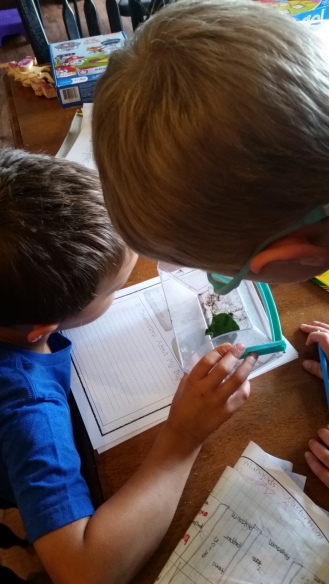 Appearance:
– Six legs
– Oval in shape, 1/3-1/2 inches
– Metallic green with coppery brown leaf covers
– Five patches of white hair on each side of the abdomen and 1 patch on the lower abdomen 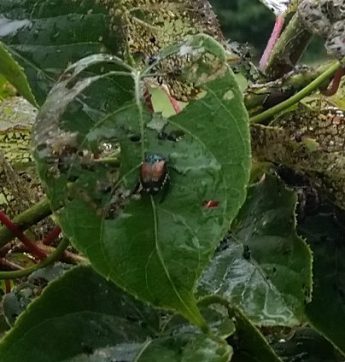 Life cycle and Known Facts:
– Egg, grub, and adult stages.
– From early June to late July they emerge from the soil as pupa, become fully grown adults and begin their attack.
– They have an 8 week lifecycle during which they are laying eggs every day.
– The females live for a couple of weeks feeding on trees, shrubs and roses in the morning.
– They hide during mid-day and return to the desecrated plants in the afternoon.
– At this time, they carry out their true objective: they lay more eggs.
– They leave their scent on the leaves they eat as if to tell their cronies “this is a good spot”. 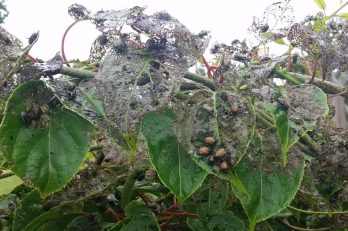 Observations:
– The beetles seem to be sleeping during twilight and the early morning hours.
– Cool rainy weather makes them lazy and depressed.
– In extreme winds, they have a tighter grip on the leaves they are desecrating.
– They are beginning to go after the early fruit as well as the bright green leaves.
– They love roses and are VERY fond of hardy kiwi and grape leaves.
– They are starting to attack blackberry, seaberry, aronia, cherry, blueberry and raspberry leaves.
– They seem to enjoy healthy plants as they are leaving the unhealthy ones alone.

Experiment #1:
– I caught four of the fiends and put them in my son’s bug house for observation.
– In this first experiment, we will make note of how long it takes 4 beetles to devour a leaf. 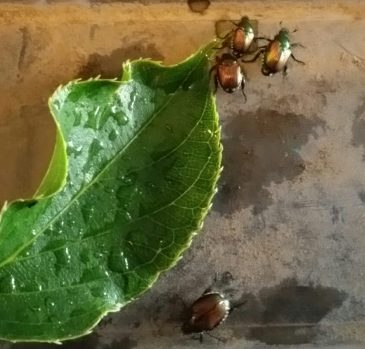