Nim and Lil were huddled together with a group of fellow Mischief Makers getting ready to return to their assignments. Buddy, one of the newer, tinier recruits, was showing them a new tool he’d used to hide candy canes for his kids to find.

“How does it work?” Nim asked looking intently at a colorful decoder.

“It’s easy,” said Buddy. “Each picture represents a letter so you just spin to the matching picture and, voila!”

“You can borrow it if you want to,” said Buddy. “I won’t need it back until Christmas Eve.”

Nim and Lil couldn’t resist such an offer. They thanked their new friend and took off, eager to use it with the boys.

When they got back to the house, they found Glitter playing dominoes with Leonard and a polar bear.

“We have a really cool secret decoder to use tonight,” said Nim. “You want to help us?” 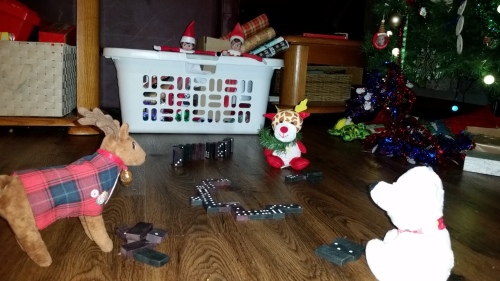 “That’s an interesting version of Let it Snow,” said Lil as she and Nim went back to the kitchen.

The boys had followed the directions for the candy cane garden and left a note of their own.

Thank you for the garden Nim and Lil!

“They are going to like it even better tomorrow,” said Lil as she replaced the red hots with mini candy canes. 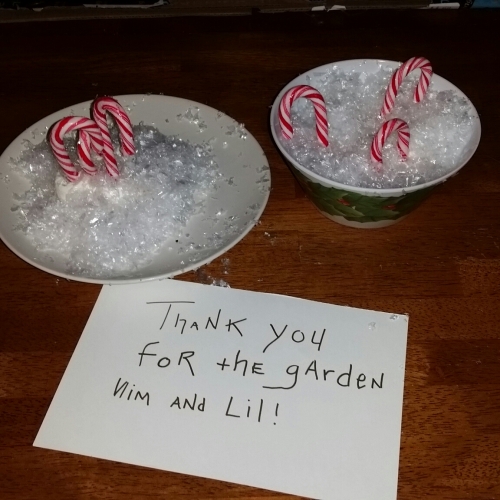 Nim suddenly jumped in the air.

“Let’s hide the gardens!” he said.

“Hide them?” said Lil in confusion. “Why would we hide the garden?”

“We’ll hide them and then write a secret message telling the boys where to find them,” said Nim holding the decoder up.

The elves decided to hide one Candy Cane Garden in the bathtub and one in the refrigerator. Then, they carefully wrote a message using the decoder. When it was finished, they stretched and put the decoder and message where the garden used to be. 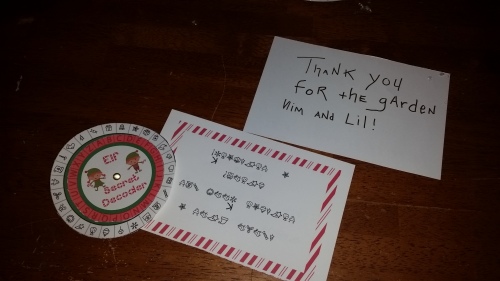 “They are going to love this,” said Nim.

Glitter added her approval to the tune of The Grinch.

It’s a good game, Nim and Lil
Solving clues oh what a thrill
They’ll decode each secret letter
They’ll get better and better
Nim and Li-ill
Nim and Lil!

“I kind of like this new side of Glitter,” said Nim as he hung by his legs from the light fixture.

If the elves knew what was in store for them the next night, they would think differently about this “new” Glitter. 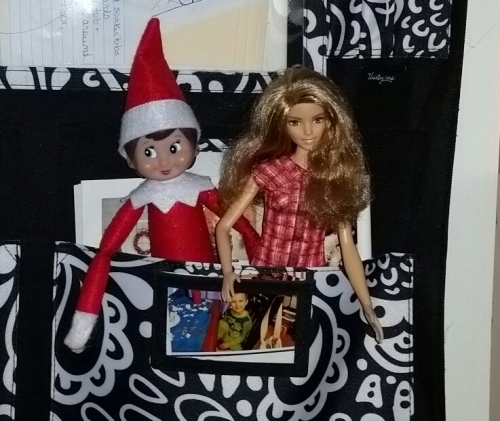