Not wanting to let perfectly good paper go to waste, the elves decided to make paper airplanes with the “elfies” they printed out the night before.

The plan was to make a bunch of them and leave them on the counter so the boys could race them.

“Make sure to make the nose extra pointy,” Nim instructed.

“And fold the wings at a slight angle,” Lil added.

Glitter let out a frustrated sigh. “It’s kind of hard to make a paper airplane with just hooves you know.”

“If you just hold the paper down with one hoof, and–.”

“No, I’ve had enough. I’m going to make hot chocolate.”

Glitter cantered off to the kitchen with Barrel bounding right behind her. 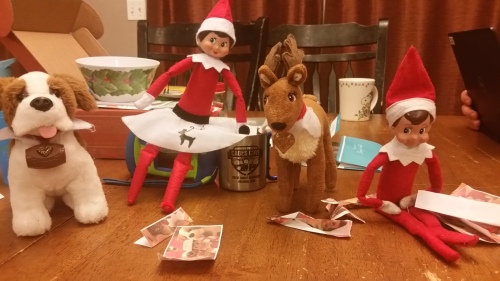 “I really think we need to test these out first,” said Nim as he folded another fighter jet.

“How about those snowglobes?”

“Absolutely not!” Glitter bellowed from the kitchen.

“Ok,” said Lil with a wink at Nim. “What about the ornaments on the tree?”

“NO!” another shout echoed from the cupboard.

“I know!” Nim said a little louder than necessary. “Let’s aim at the pictures on the wall!”

Glitter came galloping out of the kitchen.

“Are you trying to lose the Top Shelf Elf trophy??” she asked.

“We were just kidding,” said Nim.

“Let’s make a target,” said Nim. “We can use that present under the tree.”

Glitter groaned and shook her head while Nim and Lil laughed.

Lil nodded in agreement and the two friends got to work.

When Nim had folded all the elfies and Lil’s target was ready, the four friends started to play. 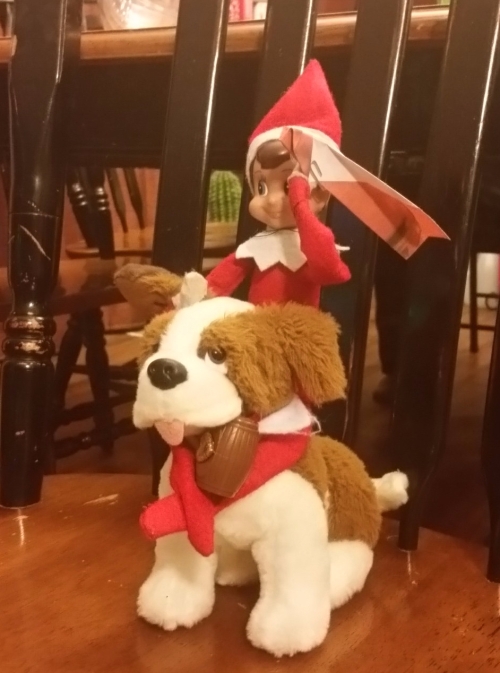 “Hey, watch your aim!” Glitter grumbled as she ducked out of the way.

The team was having so much fun flying the planes, that they lost track of time. The boys came racing down the stairs just as Nim’s last plane whizzed through the target.

The boys skidded to a halt, eyes wide and mouths open.

“Do you think they saw me move?” Nim hovered above the target..

Both elves dove to the ground. 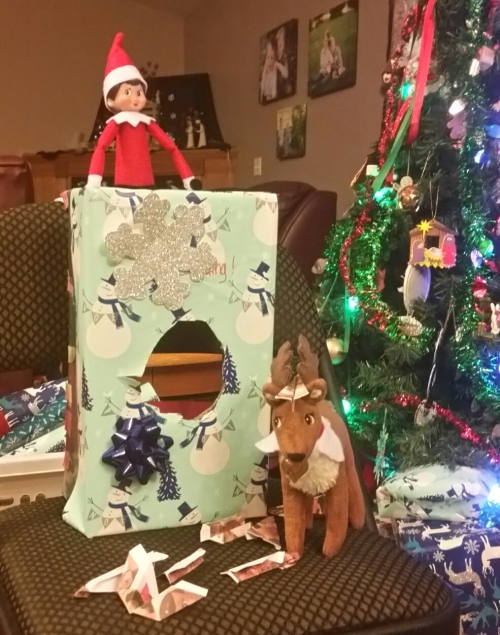