“Where on earth did he get to this time?” Lil asked, frustrated.

“Probably off pouting. The ninja course was a big hit,” said Glitter.

Lil gave Glitter a questioning look, then shook her head.

Lil flew to the fridge.

Figgy zoomed to the fridge.

“What is it Lil? What’s wrong?” Figgy gasped.

They hovered in front of the fridge, eyes wide and mouths open. Every single item in the fridge was staring at them with big, small and medium googly eyes. Lil was speechless. 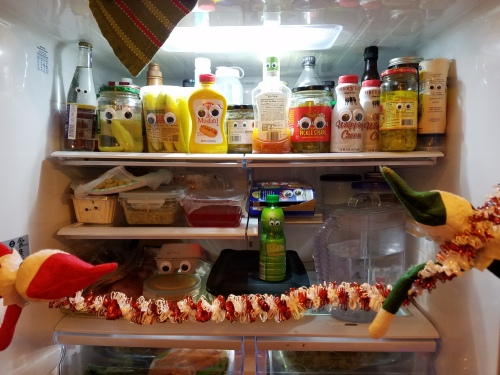 Figgy giggled. “This must have taken FOREVER to do.”

“Nim and Glitter must have spent all night doing this!”

Figgy, still laughing, glanced down at the floor. A bowl of green jello was directly below them.

Nim and Pixie, hovering silently above them, dropped a heavy, green towel on their heads. Figgy and Lil crashed into the bowl of chopped up green jello. They were covered.

“You did NOT tell me this was part of the plan, Nim and Pixie!” Glitter was splattered with small chunks of jello. 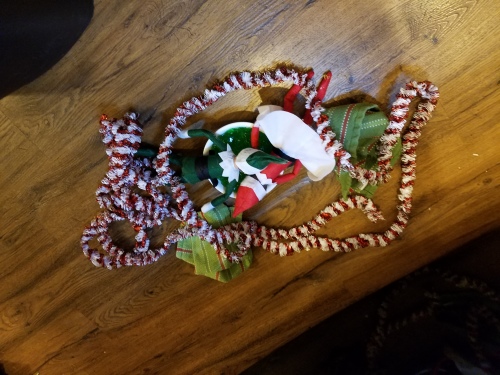