Figgy and Pixie stared at each other from across the basement stairs. 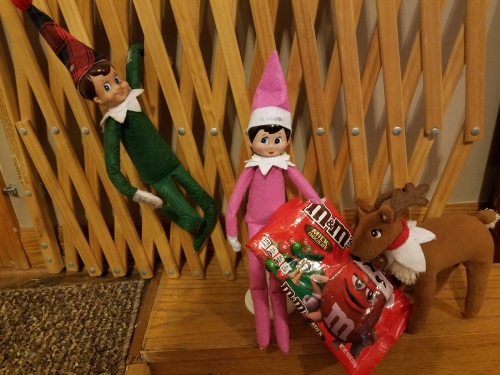 “I told you it was too heavy and too far!” she said through clenched teeth.

“Well it would have worked if you’d just held on for a few more seconds!” Figgy growled.

“ENOUGH!” Glitter brayed. She narrowed her eyes at them both until they huffed and turned their backs to each other. “Now. How do we fix it before the whole house gets up?”

The plan had been simple. Genius even. And it had all been going so well until…

So…bring me a little Figgy
And get me a little Pixie
Yes, throw in a little Glitter
Hey Barrel come here!

“Did you get one with the Christmas tree?” asked Pixie.

“Yep, and one with the ca-a-ATS-too!” sneezed Figgy.

“Figgy, why would you do that. You are allergic!” Glitter rolled her eyes and snorted while Pixie brushed cat hair off of Figgy’s hat. 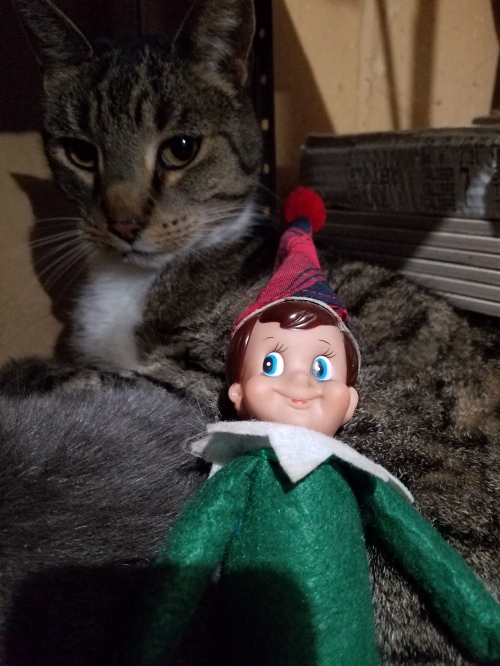 “Okay,” said Pixie. “Now for the grand finale.” She picked up a giant bag of red and green M&M’s and floated toward the garage door.

“I still think we should leave them clues to find us in the basement,” said Figgy.

Pixie shook her head, jingling her hat. “I told you, the bag is way too heavy and that is way too far to fly.”

“We can do it Pixie! We’ll just go fast.” Figgy turned to Glitter, “Can you leave them a few clues so they can find us?”

Glitter went to the cell phone they’d been using to take pictures and clicked one of Figgy and Pixie holding the bag of candy at the top of the stairs. “That should do it.”

They were half-way down the stairs when it happened.

A door opened, followed by the sound of running feet. “Mom! MOOOOOOMMMMM!!!! 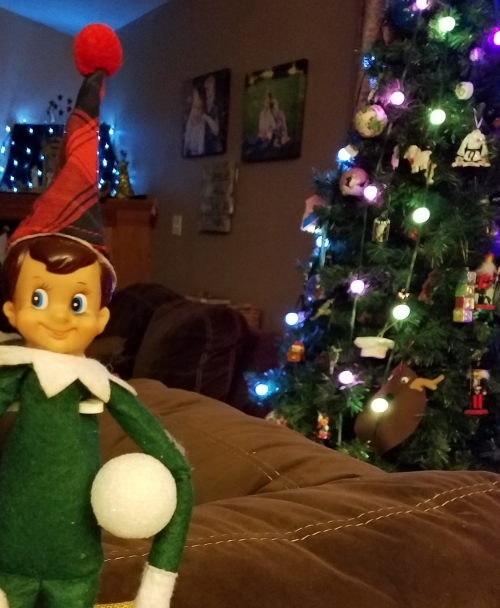