“I just don’t know what has gotten into Glitter lately,” whispered Pixie from her perch on the counter.

Still sore from being scrunched up in two balls of yarn, Pixie and Figgy watched Glitter for a few more moments as she tidied up the living room. 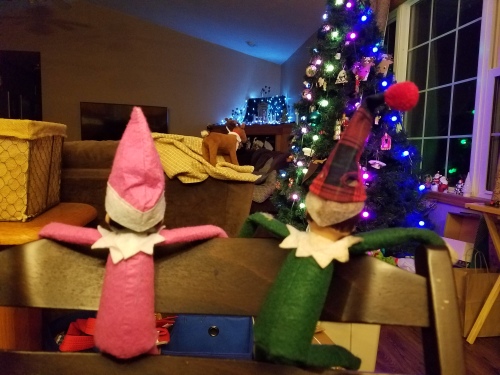 Deciding that she was well occupied with that chore, they both flew to the study in search of supplies.

“We need a bunch of different colors,” said Pixie.

“What’s going on?” Glitter stood in the doorway, watching the elves as they gathered stacks and stacks of post-its. 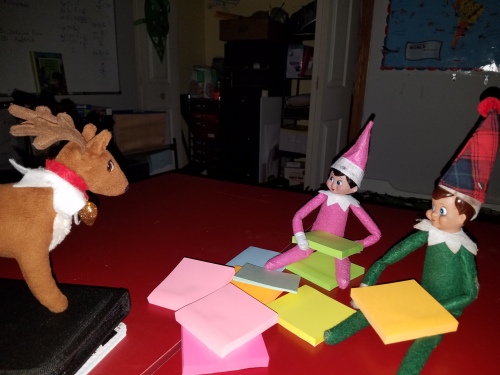 “On the one side we have Pixie, the Terror of the Tinsel!” Pixie held a pile of post-its in various colors.

“And on the other we have Figgy, the Gorgon of the Garland!” Figgy held an equally large and assorted pile of post-its.

Glitter looked at Barrel and sighed.

Barrel looked at Glitter and scratched.

Pixie and Figgy rolled foot over hat into the hallway and started plastering post-it notes on every available surface.

Or at least it seemed that way to Glitter.

Upon closer look, however, she could see the beginnings of a—

“Creeper, check!” yelled Pixie as she zipped by Glitter. 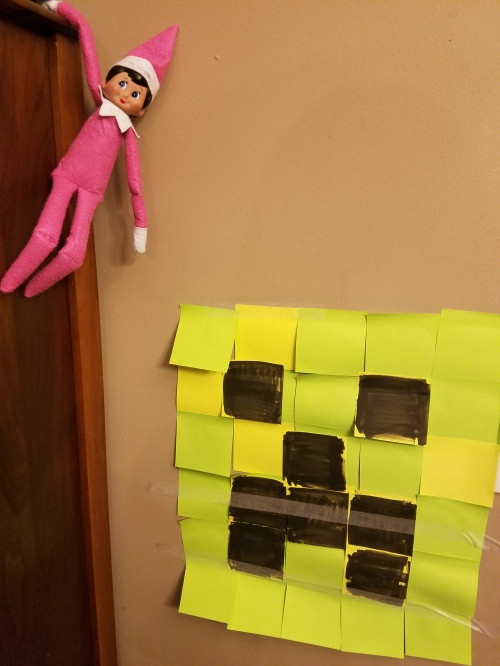 The sound of rustling paper and zooming elves filled the room. Shouts of “Chicken, check!” and “Pig, check!” went on well into the wee hours of the morning. No post-it note was left unused. 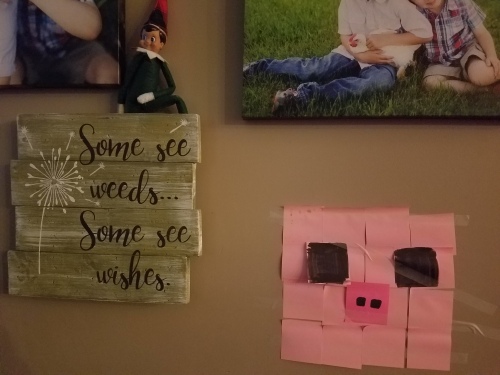 Confused and a little worried, Figgy and Pixie watched Glitter slowly make her way down the hall, clearing up the paper mess they’d left behind.

Something was definitely up. 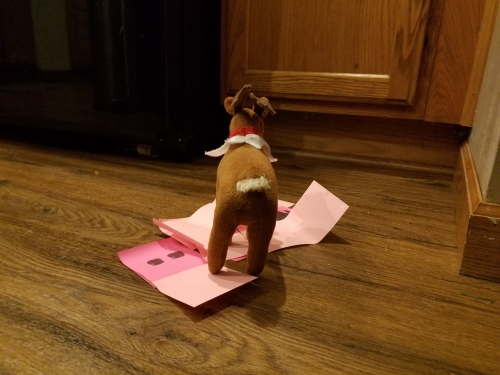