“Surprise!” Nim and Lil landed with a flourish on the counter as Figgy and Pixie were nervously reading the recipe for Nim and Lil’s Super Secret Sugar Cookie recipe.

“OH THANK GOODNESS!!!” Glitter shouted as she charged to them.

“Hey!” said Pixie with a frown. “We’re not doing that bad with this recipe.”

Glitter turned, eyes narrowed and nodded at Figgy, who was covered in flour and frantically scooping sugar from a big bowl. 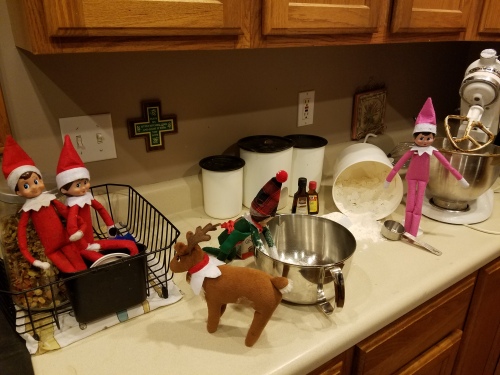 “Ok, so Figgy put the entire bag of sugar in—”.

“And the entire bottle of vanilla, and cinnamon—which isn’t even in the recipe!”

Lil giggled. “It’s ok, we brought more vanilla and can help get you two back on track.”

Figgy sighed. Heavily. “Well we made that last year didn’t we? It’s this abominable secret sugar cookie dough that we can’t quite get right.”

Figgy frowned. “I thought it would be fun to change it up a bit, Glitter.”

“Cayenne pepper would have changed it up a bit alright! What’s next? Garlic powder?”

Figgy scowled. “For all YOU know it would be delicious!” 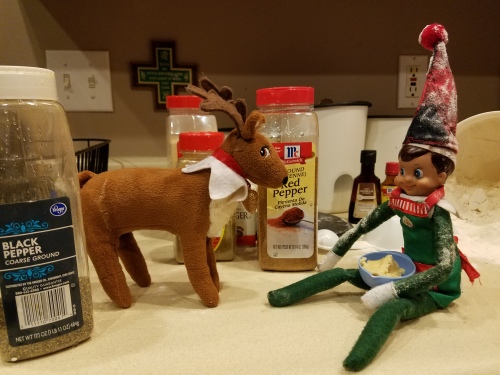 Pixie looked at Nim and Lil, pleading with her eyes. Help!

“Ok,” said Lil. “Let’s all just take a deep breath and get back on track.”

“If he would just stick to the recipe, then I–”.

“Glitter,” said Nim, a note of warning in his voice.

“I have an idea,” said Lil. “Figgy, why don’t you make a small batch of dough where you can experiment while Glitter, Pixie and I make the regular recipe?” 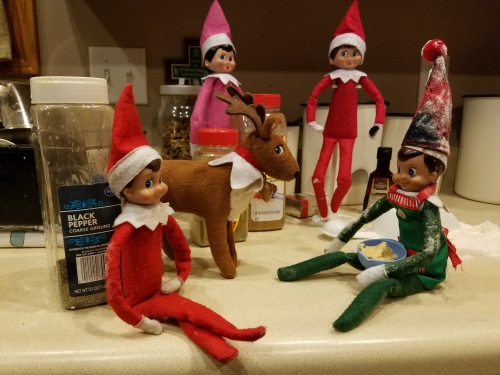 Glitter cleared her throat. “Just as long as he doesn’t mess with the original recipe, I suppose that is ok with me.”

Figgy took out a small bowl, spoon and apron and got to work. Nim and Lil watched with trepidation as he brought spices from the cabinet. 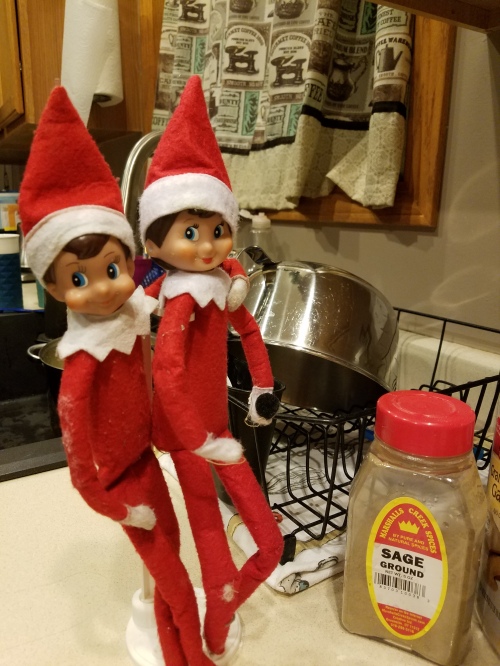 “Are you sure about those, Figgy?” asked Pixie, eyeing the bottles.

“Yep!” said Figgy. He dumped first ginger,  and topped it off with cayenne pepper. “Can you pass the maple syrup please?” 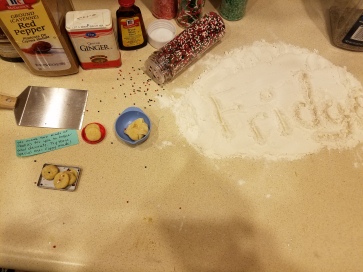