“It worked! Their mom was so mad. There is NO WAY Joe still believes that she is doing all this crazy stuff!” Pixie pirouetted and Figgy frolicked. 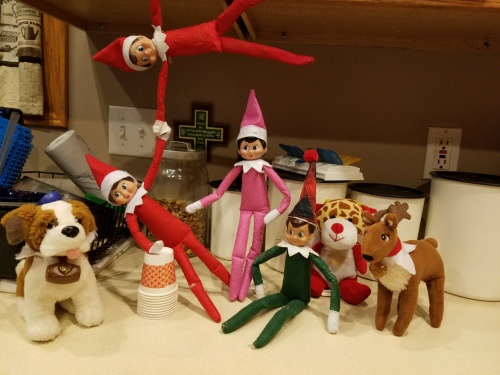 “What are you guys doing here?” Pixie asked, smiling even more brightly.

“He’s going to be so excited to see you tomorrow.” Figgy clapped his hands and bounced on his toes.

Nim and Lil smiled and looked around at the surprise Figgy and Pixie had set up for Joe.

Dixie cups littered the floor and the table was covered with a bright Christmas tablecloth and every breakfast treat imaginable.

“We wanted to do something different.” Pixie pointed to the tree.

Nim and Lil stared, open-mouthed at the Christmas tree. It was decked out with colorful balloons and streamers.

Pixie blushed. “That’s not all.”

Figgy beamed and pointed to the living room with a flourish. “We set up a game too.”

“Dixie cup dash,” said Pixie. “The boys will race to find the hidden treats and treasures.”

“We never would have thought to do this,” said Lil. “With this surprise, you two are sure to win the Top Shelf Elf trophy again this year.”

Pink and green blurred together as the two elves twirled and whirled with excitement. 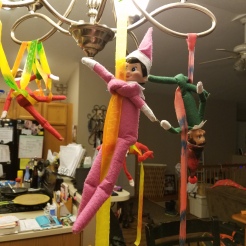 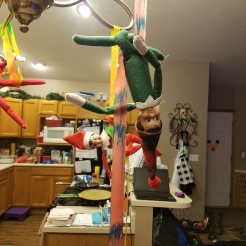