“Tell me again what the plan is for tonight?” she asked.

“We are going to build a fort out of these,” said Nim.

“Or should we build a Christmas village?” asked Lil.

“Or we could build Santa’s workshop,” said Nim.

“We are definitely going to need more marshmallows,” said Lil as she headed for the window. 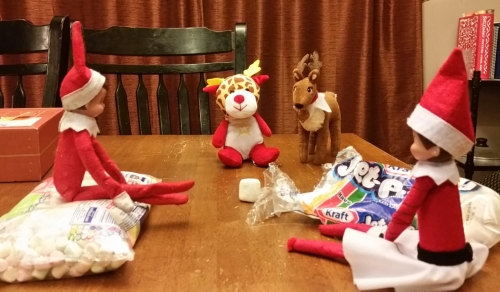 Both elves turned to Glitter with matching mischievous frowns.

“We promise we won’t make too big of a mess,” said Lil.

“Just a few marshmallow houses and a small workshop for Santa,” said Nim.

“It’s only marshmallows, Glitter,” said Lil with a wink. “It’s not like we are throwing flour and glitter all over the floor.”

Glitter sighed and nodded her head. She had not completely forgiven herself for all the havoc she’d created over the past week. How could she begrudge Nim and Lil a little fun?

At first, Nim and Lil stayed true to their promise. They started building their village while Glitter sorted the marshmallows by color and size.

But then, things started to get sticky.

Lil, of course, had to retaliate.

Glitter tried to stop them, but she only got pelted with multi-colored marshmallows. She ended up ducking behind a snow globe to avoid more hits.

By the time the battle ended, marshmallows of every size and color littered the table. 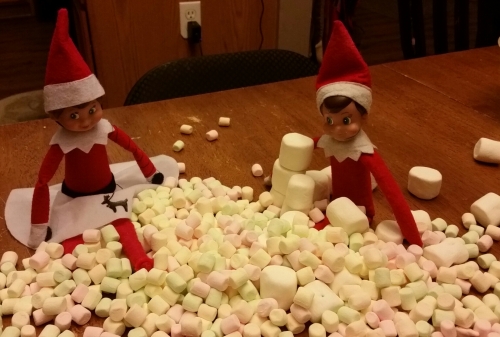 “Sorry Glitter,” said Lil as Glitter slowly stepped out from behind the snow globes.

Nim and Lil exchanged worried glances. Would this put Glitter right back over the edge?

“You two had better help me clean this up,” said Glitter. “We can’t have you getting into trouble with Santa too.”

Then she smiled and used her nose to move all the stray marshmallows into a pile.

Nim and Lil looked at each other and sighed with relief.

The old Glitter would have reprimanded them.

The old Glitter would have jotted off an Elf Behavior Report (EBR) to Santa.

The old Glitter would have been angry that they’d made such a mess.

This was a new Glitter. She’d gone from one extreme and back again, but rather than returning to her old, prim and proper self, she’d…well, she’d loosened up a bit. 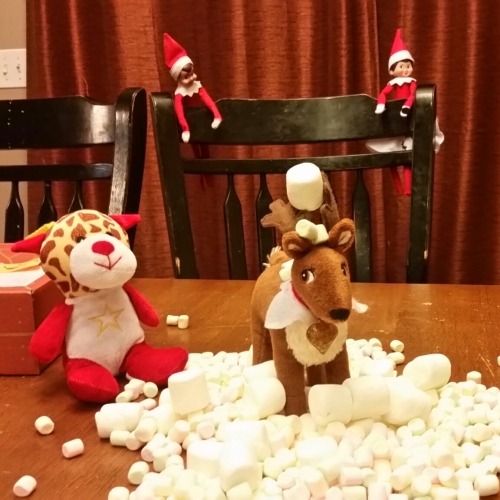 “I sure hope this new and improved Glitter will stick around,” said Nim, helping clean up the mess. 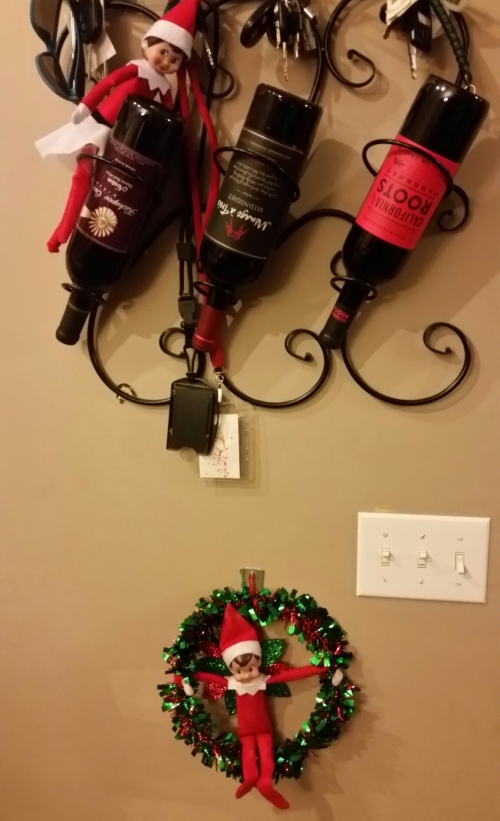