Pudgy, Pipsqueak and Gomer waited a little impatiently for Lissa to get home.

“Do you think she’s still mad at us?” Gomer asked.

“I don’t know Gomer, we’d better hope she’s cooled down if we want her help with the hawk,” replied Pudgy.

A few weeks ago, they had found out that Leo the Chipmunk was eating her strawberries. They tried to help by leading him to a different food source… the garden. They had underestimated his appetite…he’d pretty much devoured most of her vegetables and then moved on to the compost pile. When Lissa found out…she was furious.

“Really? You led him out to my garden?? He’s destroyed it!”

Now they were going to ask her for a favor.

“Ok, everyone get ready,” said Pudgy as Lissa pulled into the garage.

Lissa saw the three mice when she opened the door. She was still trying to figure out what to do with them after the incident with the chipmunk. Some help they turned out to be.

“What?” she asked as she walked toward them.

“Um, we have a…favor…to ask you…” started Pipsqueak.

“Actually,” Pudgy cut in with a loud squeak, “It’s something that could save your grapes, when they come in.”

After finally convincing Lissa to build perches for the hawk, the three tails hoisted a broken planter over their heads and started scurrying across the yard toward the garden shed. 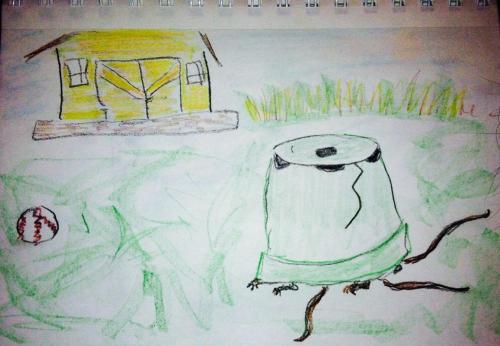 “Not yet,” replied Pudgy, “Please stop stepping on my tail Gomer!”

The mice were getting closer to the little shed. If they could get close enough to talk…without being eaten…they just might have a chance.

Keira watched the mice with curiosity. What were they doing prancing across the yard under an old plastic planter? She had never seen mice behave in such a way.

Whoosh! Keira swooped down, lifting the tiny planter off of the mice and throwing it in the air. The mice froze and then raced toward the garden shed. Two of them made it under the ramp just in time, the other one was hanging by its tail from Keira’s talon. 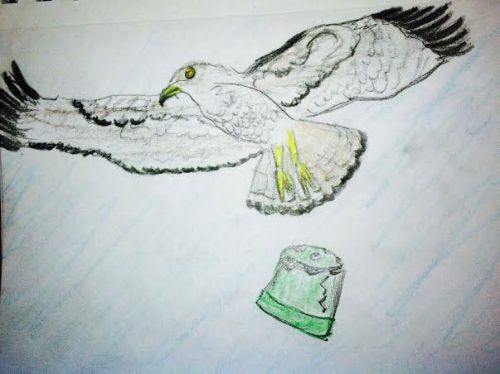 Pudgy and Pipsqueak looked at each other and then up at Gomer who was about to become Keira’s next meal.

“Well, he had a good run…” Pipsqueak began just as Keira fluttered to the ground, Gomer still snug in her claw.

“Alright,” she said, “I’m curious, what on earth are you rodents up to?”

And so a deal was struck and perches were built throughout the property. Keira looked forward to plenty of delicious meals and Pudgy, Pipsqueak and Gomer were once again safe from becoming Keira’s next meal.

Of course…they would have to go into the Witness Protection Program. After all, they had sold their own kind out to an assassin. 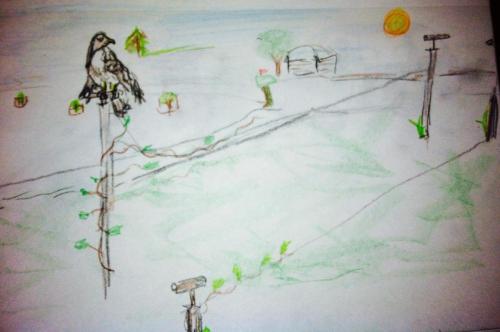 One response to “Adventures in Homesteading: Keira the Hawk (Part Two)”