“Where in Santa’s Sleigh is the cinnamon?!” Pixie was in the pantry, making a bit of a mess of the spices and canned goods.

“I think I might have used it all,” said Figgy. “In the…cookies I made last week.”

Pixie burst out laughing. “You mean the ones that made the boys run to the sink and put their head under the faucet just to cool their mouth? Those cookies?”

“Everyone, Figgy. Everyone.” Pixie wiped tears of mirth from her cheeks.

“Well I guess that means no mulled cider tomorrow.”

Hot mulled cider was Joe’s mom’s favorite holiday drink, and they needed to do something to get on her good side after the glitter and confetti mess.”

“I thought I saw some cinnamon sticks in there the other day,” said Glitter as she peeled oranges and grated lemons.

“This cabinet needs a cleanout. Look at this bottle of curry powder.” Figgy held up a container of bright yellow powder. “It expired in 2010!” 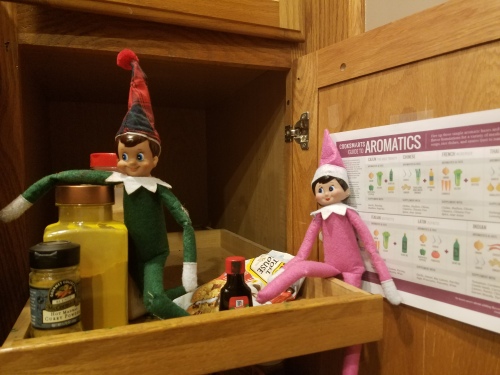 Pixie whipped around, bumping her head on the top drawer and sending containers of spices crashing to the floor.

“Ouch!” Pixie rubbed her head and winced. “What if we clean it out? That is sure to make Mom happy.”

“Ooo, great idea Pixie! We can throw away all the old spices and anything she never uses.”

“Like this extra box of baking soda. She doesn’t need two of them.” Pixie dumped the white powder out, spilling most of it on the floor.

“And this imitation vanilla. Yuck!” Figgy made a face.

“And why in the North Pole does she need smoked paprika and regular paprika?” Pixie threw the bottle in the garbage. 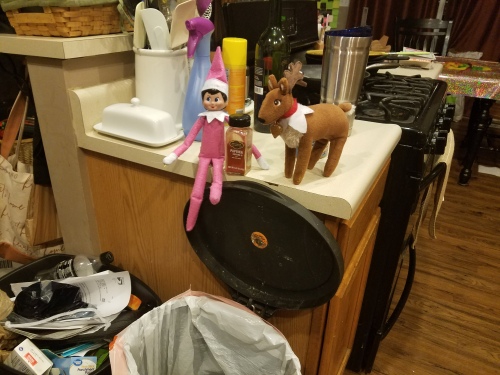 Glitter peeked in the garbage can, concerned. “I don’t know. Aren’t garlic salt and garlic powder used for different dishes?”

Pixie and Figgy continued to clean the cabinet out with a manic zeal while Glitter looked on with growing concern.

“Chuck the yellow,” said Pixie. “The red is more festive.”

Glitter sighed. Maybe this wasn’t such a good idea after all. 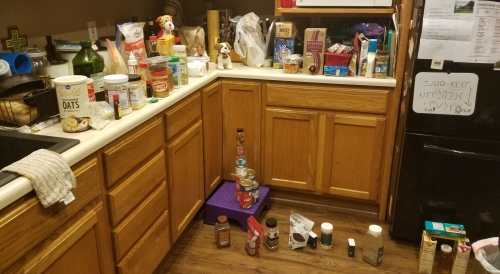